Carbon dioxide (CO2) is a naturally occurring gas generated by human and animal respiration. CO2 is a vital greenhouse gas that helps trap heat in the atmosphere and is used by plants in photosynthesis. CO2 is essential for the survival of life on Earth. However, human influence, mainly the burning of fossil fuels, has raised the level of CO2 in Earth’s atmosphere consistently for more than 100 years. While CO2 has a low Global Warming Potential (GWP), compared to other greenhouse gases, it accounts for about 80% of greenhouse gases in the air and can remain in the atmosphere for centuries (EPA.gov). This drastic increase in atmospheric CO2 molecules has warmed the climate at a rate that is unprecedented.

Blue carbon is the term used for atmospheric carbon that is captured and stored by the world’s ocean and coastal ecosystems. Coastal wetlands, like mangroves, tidal marshes, and seagrass habitats, provide a natural way of reducing the impact of atmospheric CO2 concentrations that contribute to climate change, through sequestration (or taking in) of this carbon via photosynthesis (Figure 1; Howard et al. 2017). 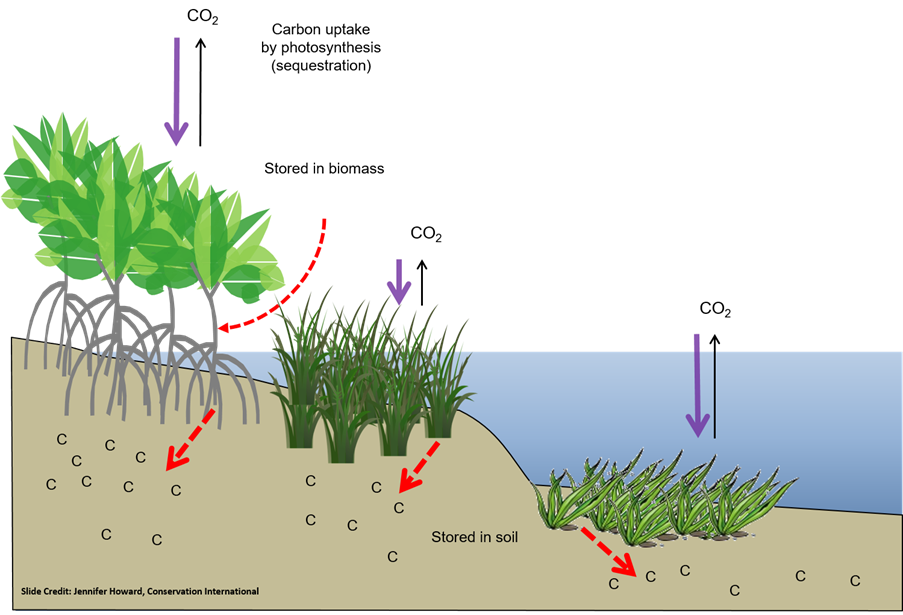 Figure 1. In intact coastal wetlands (from left to right: mangroves, tidal marshes, and seagrasses), carbon is taken up via photosynthesis (purple arrows) where it gets sequestered long term into woody biomass and soil (red dashed arrows) or respired (black arrows).

Blue carbon ecosystems capture atmospheric carbon and store it in the ground at rates up to 10 times greater than forest on a per area basis (Figure 2; Mcleod et al. 2011). 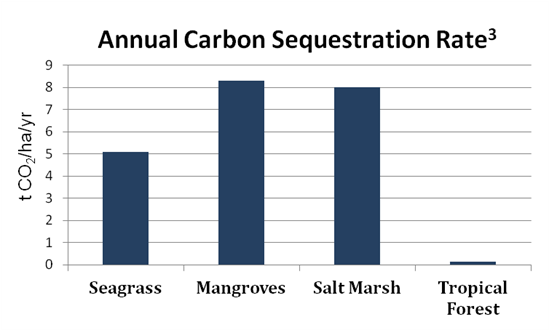 Figure 2. Wetland plants regularly remove CO2 from the atmosphere and sequester it in the form of soil carbon, where it can remain for centuries. Average carbon sequestration rates for wetland ecosystems are several times greater than for terrestrial forests.

In the face of climate change, businesses are making bold net-zero commitments and driving rapid growth of the carbon credit market. Businesses achieve net-zero greenhouse gas emissions by reducing emissions or by purchasing carbon credits equal to their emissions. Each carbon credit represents the removal (or avoided emissions) of one metric ton of carbon dioxide from the atmosphere. Blue carbon presents an opportunity for landowners to generate carbon credits by participating in wetland projects that have a climate benefit (increase sequestration and/or reduce emissions) (Figure 3; NOAA). These projects, known as carbon offsets, result in the generation of a carbon credit which companies can trade or sell to mitigate their carbon footprint (Estuaries.org). Can Suisun Marsh landowners use moist soil management practices to mitigate climate change while maintaining their substantial fish and wildlife habitat values and biodiversity? 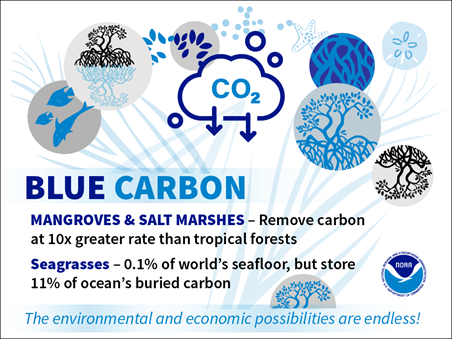 Figure 3. Blue carbon is the newly recognized ecosystem service value of climate mitigation that can provide incentives to prioritize the restoration and conservation of these coastal ecosystems.

Can we manage working wetlands to increase climate benefit?

Learn more about the The Blue Caron Initiative